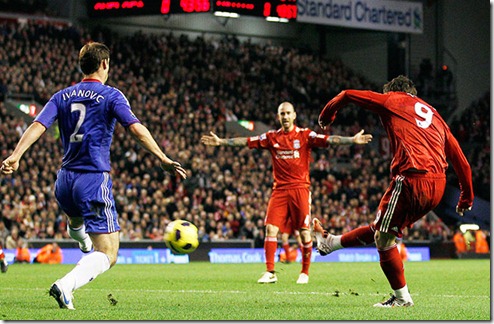 Having a cold makes one aware of the disjunct between the way one’s mortal body actually is, and the way one would rather expect it to be given the longings of one’s immortal soul; it reminds one to hope for the resurrection. David Foster Wallace touches on this in one of his tennis essays, “Federer as Religious Experience.”  The beauty of tennis, Wallace argues, has to do with reconciling us to having a body. Great tennis players show us the wonder of a body which responds exactly to the will and thus, “catalyze our awareness of how glorious it is to touch and perceive, move through space, interact with matter.”

In another tennis essay, “Tennis Player Michael Joyce’s Professional Artistry as a Paradigm of Certain Stuff about Choice, Freedom, Discipline, Joy, Grotesquerie, and Human Completeness” David Foster Wallace submits that tennis is the most beautiful sport. He doesn’t give much justification for this position, and it seems to me that he is wrong. Not for nothing, surely is football (soccer) called, “the Beautiful Game.” There is a brilliant essay by Brian Phillips, who edits what is perhaps the most beautiful of football blogs, which uses DFW’s definition of tennis’s beauty to prove the point:

There’s a case to be made, of course, that soccer is uniquely adapted for the creation of Federer Moments. Unlike tennis, which augments the player’s physical capabilities with a racket, soccer takes an essential physical tool—the hands—away from the player and forces him to compete in a state of artificial clumsiness. Soccer thus emphasizes the limits of the body and the difficulty of realizing intention. When a player does something amazing, we’re apt to see it not as a superhuman feat (he made the ball travel 150mph!), but as a human victory over what’s essentially an everyday difficulty. If the crisis of having a body is that it’s resistant to our will, soccer exaggerates the crisis, moves what you want to do even further away from what you can do, then gives us athletes who do what they want to anyway. That may be why moments of beauty in soccer, compared to those in other sports, nearly always feel like consolations.

In his Federer article DFW points to the fact that the kind of beauty that we are dealing with is close to the glory of the battlefield:

in men’s sports no one ever talks about beauty or grace or the body. Men may profess their “love” of sports, but that love must always be cast and enacted in the symbology of war…

In a wonderful lament on the contrast between the heroic society of Homer and our own pusillanimous shop-keeper civilization Tom Howard points to the lack of any locus of glory in the modern world. Someone has posted a comment to Howard’s article suggesting sport as that locus, but of course the fact that the primary locus of beauty, glory, courage etc. in our age is “professional” sports – i.e. a highly profitable late capitalist commodity run on sound commercial principles – just supports the point which Prof. Howard has so forcefully made.

3 thoughts on “The Beautiful Game”