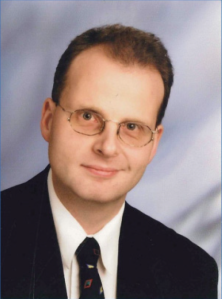 Klaus Obenauer is one of very few German academic theologian who is also a strict Thomist. Recently he has written some rather interesting things on the question of the reconciliation of the Society of St Pius X (FSSPX) and the Holy See. A lecturer at the University of Bonn, Obenauer used to be assistent to Prof. Karl-Heinz Menke. When Menke gave an interview in which he said that a reconciliation was impossible and implied that that was a good thing, Obenauer answered with an impassioned article arguing that it was both possible and urgently necessary.

Now Obenauer has written an article on why, given that a reconciliation is possible in principle, relations between Rome and the FSSPX seem to have come to a standstill. I have been asked to translate Obenauer’s article, but as its rather long I shall just give a summary.

Obenauer’s general thesis is that both sides are at fault for the failure to come to an agreement. The FSSPX for certain “traditions that have to do with the ratio agendi of their founder,” and the officials of the Holy See for a problematic view of “the relation of dogma and hermeneutics” which leads them to fail to apply the proper principles to this conflict. What exactly Obenauer means by “the realation between dogma and hermeneutics” becomes clearer as the article progresses. As far as I can see what he means is that in practice Curial officials are wed to a false interpretation of Vatican II, based on a misunderstanding of the nature of the development of doctrine.

Obenauer begins with an analysis of the problem of the recognition of the Novus Ordo Missae. He sees an opportunity in the following passage of  recent sermon of Bishop Fellay: “we say [of the “new Mass”]: it is bad. This is how I replied to Rome. Usually we do not even speak about liceity, we simply say about this Mass that it is bad. That is enough.” Obenauer argues that to say this form of the Mass is “bad” need not be tacken to mean that it is intrinsically evil “sub recte ratione agibilium” such that anyone tacking part in it would be sinning. It could also be tacken to mean that it is bad „sub recta ratione factibilium,“ i.e. badly done. That would mean that those who wrote the new order of the Mass did it badly, but that those who celebrate it are not necessarily sinning. Obenauer probably knows that he is stretching the meaning of Fellay’s words here, but he makes an argument why the FSSPX should take his interpretation. He suggests that it should be possible for the FSSPX to explain their position as follows:

The Novus Ordo was (and is) so defective (sub recta ratione factibilium) that it is necessary for the FSSPX (and was necessary for its founder) on a account of their (and his mission) to refuse to celebrate it. […] Without however claiming that outside of the FSSPX every celebration of the Novus Ordo is objectively sinful (sub recta ratione agibilium).

Obenauer argues that to take the contrary position (which seems to be what most people in the SSPX actually do) would be in effect to deny the indefectibility of the Church. It is impossible that the highest authority in the Church should establish an order in the inner sanctum of Divine worship that is objectively sinful. He cites here the following magnificent text from Pope Pius VI’s condemnation of the Synod of Pistoia:

The prescription of the synod about the order of transacting business in the conferences, in which, after it prefaced “in every article that which pertains to faith and to the essence of religion must be distin- guished from that which is proper to discipline,” it adds, “in this itself (discipline) there is to be distinguished what is necessary or useful to retain the faithful in spirit, from that which is useless or too burdensome for the liberty of the sons of the new Covenant to endure, but more so, from that which is dangerous or harmful, namely, leading to superstition and materialism”; in so far the generality of the words it includes and submits to a prescribed examination even the discipline established and approved by the Church, as if the Church which is ruled by the Spirit of God could have established discipline which is not only useless and burdensome for Christian liberty to endure, but which is even dangerous and harmful and leading to superstition and materialism,—false, rash, scandalous, dangerous, offensive to pious ears, injurious to the Church and to the Spirit of God by whom it is guided…

He then turns to the question of Rome’s demand that the SSPX recognize that the Magisterium is responsible for the authoritative interpretation of the tradition. In principle of course the SSPX recognizes this. The question though is to what extent the conciliar and postconciliar magisterium can be said to be so disfunctional that dissent based on previous authoritative statements of the magisterium is necessary. Obenauer refers to the following condemned propositions (Denzinger-Schönmetzer-Hünermann 2491-2492, 2496, 2601) to show that the space for maneuver here is rather narrow:

The fear of an unjust excommunication should never hinder us from fulfilling our duty; never are we separated from the Church, even when by the wickedness of men we seem to be expelled from it, aslong as we are attached to God, to Jesus Christ, and to the Church herself by charity.

To suffer in peace an excommunication and an unjust anathema rather than betray truth, is to imitate St. Paul; far be it from rebelling against authority or of destroying unity.

God permits that all powers be opposed to the preachers of truth, so that its victory cannot be attributed to anyone except to divine grace.

In these later times there has been spread a general obscuring of the more important truths pertaining to religion, which are the basis of faith and of the moral teachings of Jesus Christ.

Nevertheless, he still sees some room for the SSPX to maneuver in. He asks: What exactly is Rome demanding when it says the SSPX must “accept the council”? There are two ways in which this could be taken either to mean that the SSPX must positively assent to everything in the council, or that it must merely admit that the dissonances between the council and previous teaching never go so far as to unambiguously deny de fide doctrine. Obenauer argues that the demand taken in the second sense ought to be acceptable. But he argues further that even in the first sense the demand would be reasonable with respect to all the conciliar documents except Dignitatis Humanae.

Obenauer then turns to a critique of various curial officials for demanding a broader more than they ought, but also (and especially) for encouraging scandalously heretical interpretations of the council.

11 thoughts on “Klaus Obenauer on the SSPX and Rome”