When Dr. Ronald McAthur, the founding president of Thomas Aquinas College, died three weeks ago,  one of my fellow TAC alumni quoted Shakespeare:

His life was gentle, and the elements
So mix’d in him that Nature might stand up
And say to all the world, “This was a man!”

That, it seems to me, is the mot juste. Dr. McArthur was a big man, a strong man; he had a warm and passionate heart, and all the vigor and dash of a warrior. And all these strong faculties and virtues in him were ordered and harmonized by the rule of  reason. Reason in Dr. McArthur was truly “that capability and god-like reason” (to speak of McArthur is almost inevitably to quote Shakespeare), not pettifoggery or mystification, but “such large discourse, looking before and after,”  and it did not fust in him unused. Dr. McArthur’s life was truly  political in his own sense of the word:  that is, a life ordered by reason toward the true good as a common end.

Dr. McArthur was not the most profound thinker among the founders of his college (he was the first to point out that Marcus Berquist had that office), but he was by far the most suited to being its leader. My parents were in the third and fourth classes at TAC respectively, and they always looked to Dr. McArthur as their model of leadership. When my father became the first rector of the International Theological Institute in Austria, he used to give what he called “McArthur style pep-talks” aimed at inspiring the students and faculty with devotion to the common goal of wisdom. 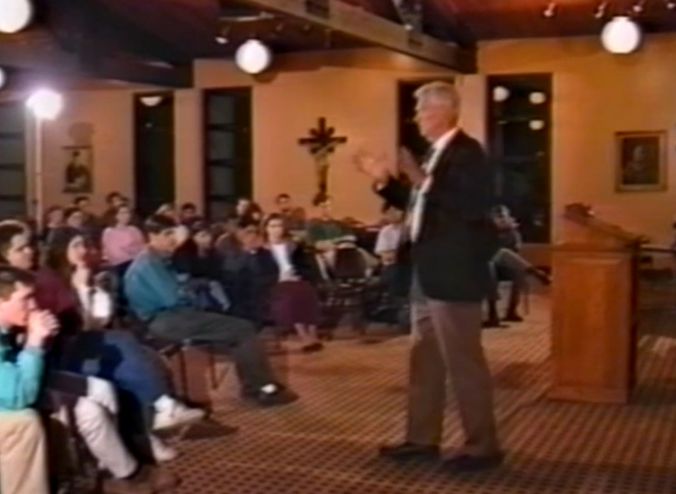 I first met Dr. McArthur when I was a little child, and was first impressed by his huge size and vigorous, direct,  frank way of speaking. He reminded me of my maternal grandfather, with whom he had been friends. My grandparents used to spend part of each year in San Francisco. Unfortunately the stopped going to San Francisco at a time when my grandfather and Dr. McArthur were in the midst of a huge argument about McArthur’s Laval School Mariology. Later when my mother arrived at Thomas Aquinas College McArthur was overjoyed at this sign of trust. Years later when I arrived at the college he greeted me with his old eyes shining, and told me that story, and of how much he loved my grandfather and my parents. I never ceased to be astonished by the heartfelt, generous, and completely unintrusive love that he showed to his students.

In September, just a month before his death, when he was already very ill, Dr. McAthur sent me an e-mail. I was astonished to see his name show up in my inbox, and was moved to tears to see that he was thinking of me. He said that he had just re-read my senior address at TAC–about which I remember him being very enthusiastic at the time–he still thought it good and added: “Listening to the talk also brought you to mind, which was a pleasure.” I replied immediately, and a few days later he wrote again, and said: “I have thought of you often over the years, and always with the greatest delight.” That to me was an image of the love of God; a totally undeserved grace.

Dr. McArthur was, I have said, a political man– all his faculties were harmonized by the grand sweep of reason. His example showed that the rule of reason does not destroy the other faculties and passions of man, but rather ennobles them. He understood that just as all human things have to be made subject to reason, so all things whatever have to be made subject to God. And he saw very clearly that just as reason does not destroy the other faculties of man, so subjection to God does not destroy the powers of creatures, but rather grounds, enables, and ennobles them. His doctoral dissertation (which he summarizes here), was on universal causality. He showed how the causality of the creator is not in competition with the causality of creatures: the effects of created causes are not caused partly by God and partly by creatures–they are caused entirely by both. Thus the re-subjection of all creatures to God in Christ is not violent, but answers to the deepest desires of creation itself. The curriculum that McArthur helped to establish at TAC flows from this insight, since it orders all human knowledge to theology.

Dr. McArthur was a patriotic man–he loved America–but he was not blind to the difficulties of reconciling the founding principles of America with Catholic political thought. I think it is true to say that his sense of this difficulty developed with his age. Christopher Ferrara in his recent integralist polemic against modern liberalism acknowledges Dr. McArthur’s assistance in formulating his argument. In a speech given during his last years Dr. McArthur attacks the modern attempt to found politics on human rights:

The recording above is from the internet archive. The speech is an abridgement of a longer paper the text of which is here. Near the end of the spoken speech, however, he says something that is not in the written text. He says:  “This whole conflict… is  finally about Christ; you either accept him or you reject him. There’s no middle ground.”

That is true Catholic integralism: not the excuse given by accomodationist clerics to South American tyrants, nor the ignorant romanticism of the spiritual pigmies who troll the comboxes of traditionalist blogs, showing little sign of contact with reality, but the grandeur of human reason open to all being, and to the source and goal of all being in God. Fittingly his last words were: “Glory be to the Father, and to the Son, and to the Holy Spirit.” 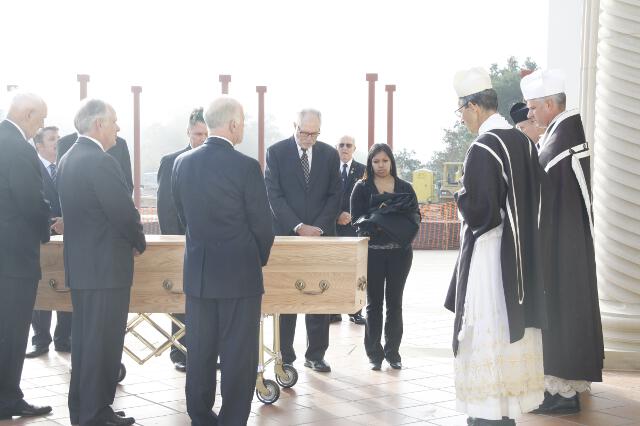