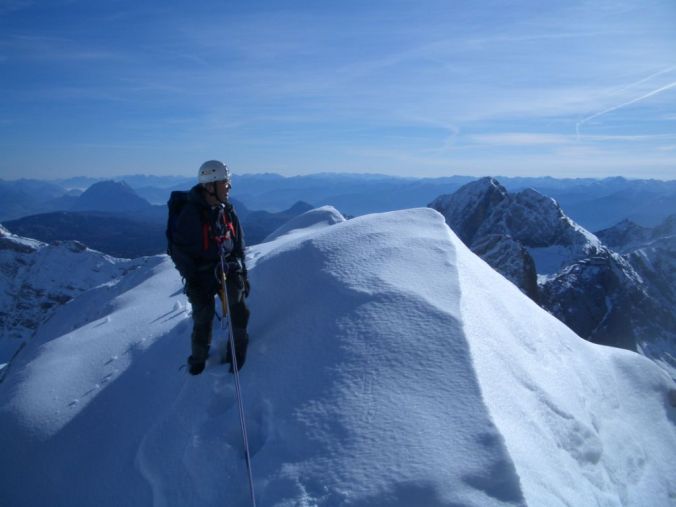 My paternal grandfather recently published his memoirs. They are written with his usual terse, sober style–he is after all a scholar of Roman law–but occasionally he takes rhetorical flight.

At one point he describes ascending a mountain in South Tyrol by night (he has always loved mountaineering by moonlight). In the first part of the ascent he was on a hiking path and suddenly he was surrounded by thick mist. He considered turning back, but decided to press on, hoping that he would get out of the mist before coming to the rock face that he had to climb before reaching the summit.  And sure enough, soon he could see a single star shining through the mist, and then a few moments later he the mist cleared and he saw the whole sky full of stars above him. He reached the summit in time to see the sun rise. An “overwhelming experience.” This leads him to a comparison:

And now this seems to me  this like old age. The mist thins. One begins to see something of the stars, till that moment when the Sol Iustitiae [Christ, the sun of justice. Cf. Mal. 4:2] rises in full, blazing light and suddenly bathes everything in His light. Even though in this world we often walk as though in mist, we hope in His word that that light awaits us.