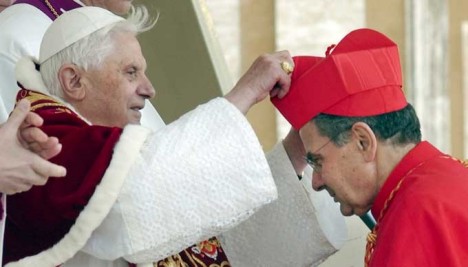 One of the best things that I have read on Pope Benedict’s resignation is an article by Tracey Rowland in Catholic World Report. She gives a good overview of  Pope Benedict’s theological works, and also looks at the problem of the bureaucratization of the Church.

She also looks at some papabili; hers is the first article that I have read to mention as papabile Carlo Cardinal Caffarra, about whom I have been tweeting. Rowland writes:

Caffarra was so strongly attacked in the press for defending Humanae Vitae he received a letter of support and encouragement from Sr. Lucia of Fatima. (When you start receiving support letters from someone who has private audiences with the Mother of God you know that you must be very high on the devil’s hate list.)

One thought on “Tracey Rowland on Pope Benedict’s Resignation”